As much as I love discovering exciting, newly emerging wine brands, there’s something special about a brand with a decades old legacy.  With roots dating back to the late 1880’s, Ridge is certainly one of them.  The original Monte Bello Vineyard was planted around 1885, and at the time, wine was produced under the Monte Bello label.  It wasn’t until 1962 that the first Ridge Monte Bello Cabernet was produced, and since then it’s become one of California’s longest standing premium vineyards.  The winery produced their first Zinfandel in 1964 and they’ve reliably produced some of the most memorable Zinfandels ever since…

Escalating to even higher levels with their 2015 releases, each of the wines below have earned 94-95 point reviews. 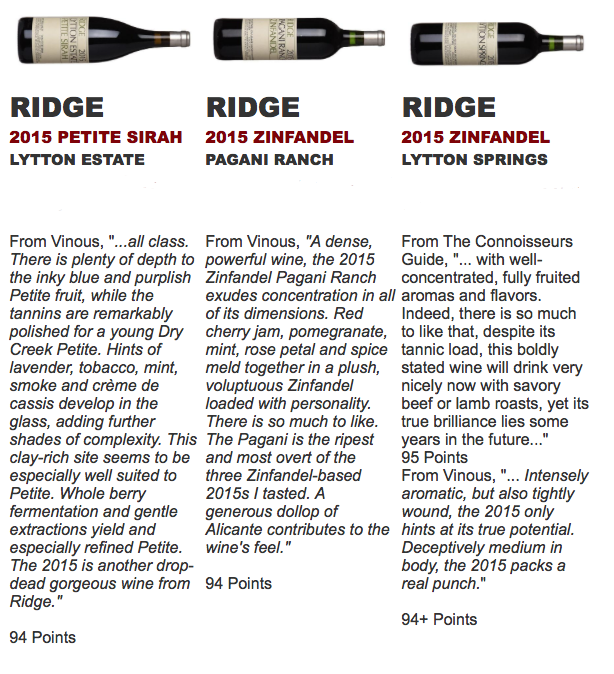 Must be 21 or older to enter. You must be of legal drinking age to enter this site.
0
Your Cart
Your cart is emptyReturn to Shop
Continue Shopping
Calculate Shipping
Apply Coupon